Yamaha Motor India has recently launched the new R15 V4 and R15M motorcycles, as well as the Aerox 155 maxi-scooter. As can be seen, the M variation of the R15 was introduced for the first time. What’s more intriguing is that India is the first country to receive the new R15 V4 among all countries on the planet. The new model costs Rs 10,000 more than the previous model, with the R15M variant costing an extra Rs 10,000. So, why is this premium necessary, what has changed on the new model, and most importantly, what are the differences between the R15 4.0 and the R15M, we explain all of this in this tale. 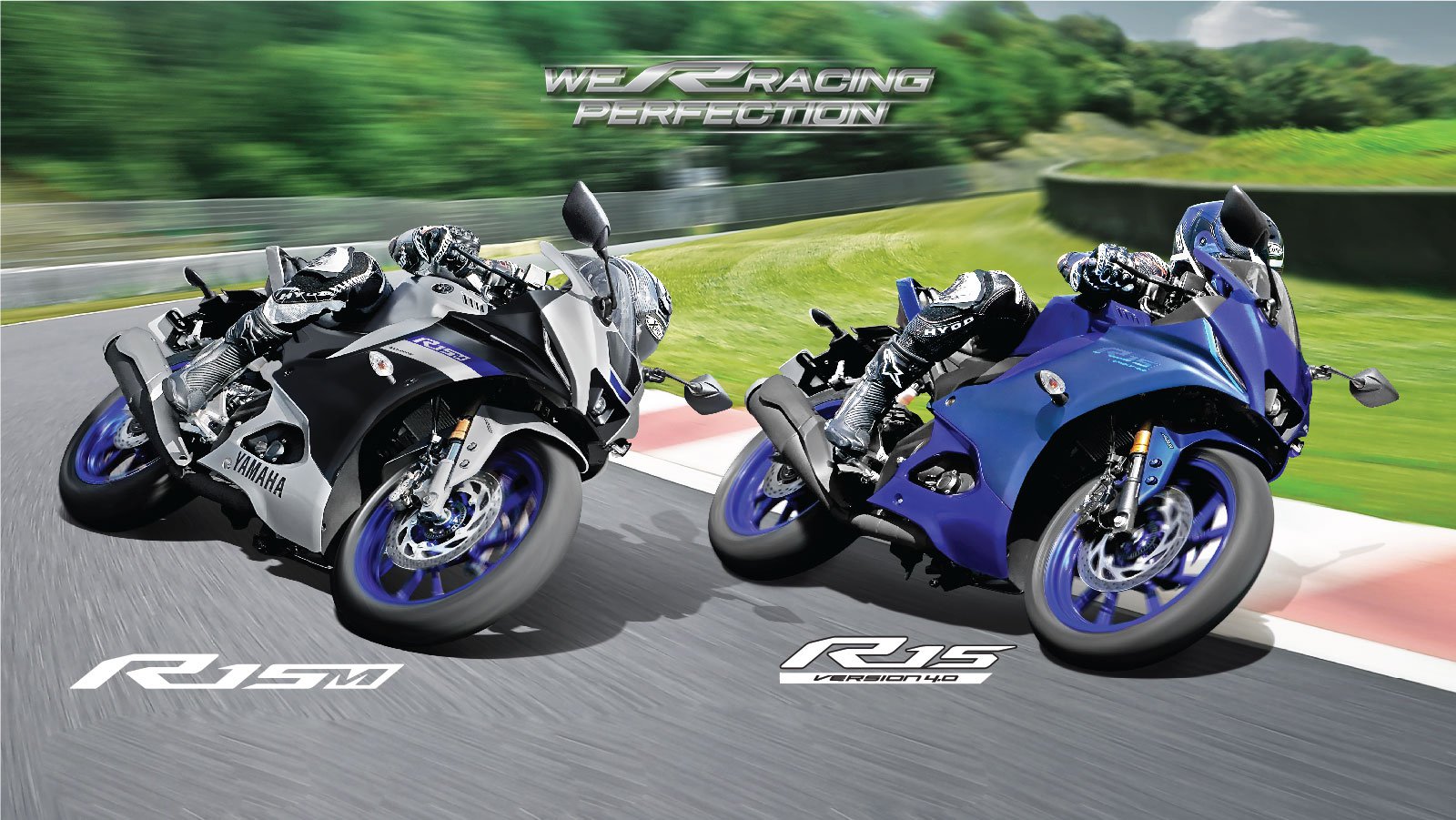 First and foremost, the color choices! While the new YZF-R15 V4 will be available in three colors: Racing Blue, Dark Knight, and Metallic Red in 2021, the more premium YZF-R15M will be available in Metallic Grey and the race-inspired Monster Energy Yamaha MotoGP Edition. It’s worth noting that the R15 V4’s Blue colorr comes with a quickshifter as well. On the R15M, the same is standard. 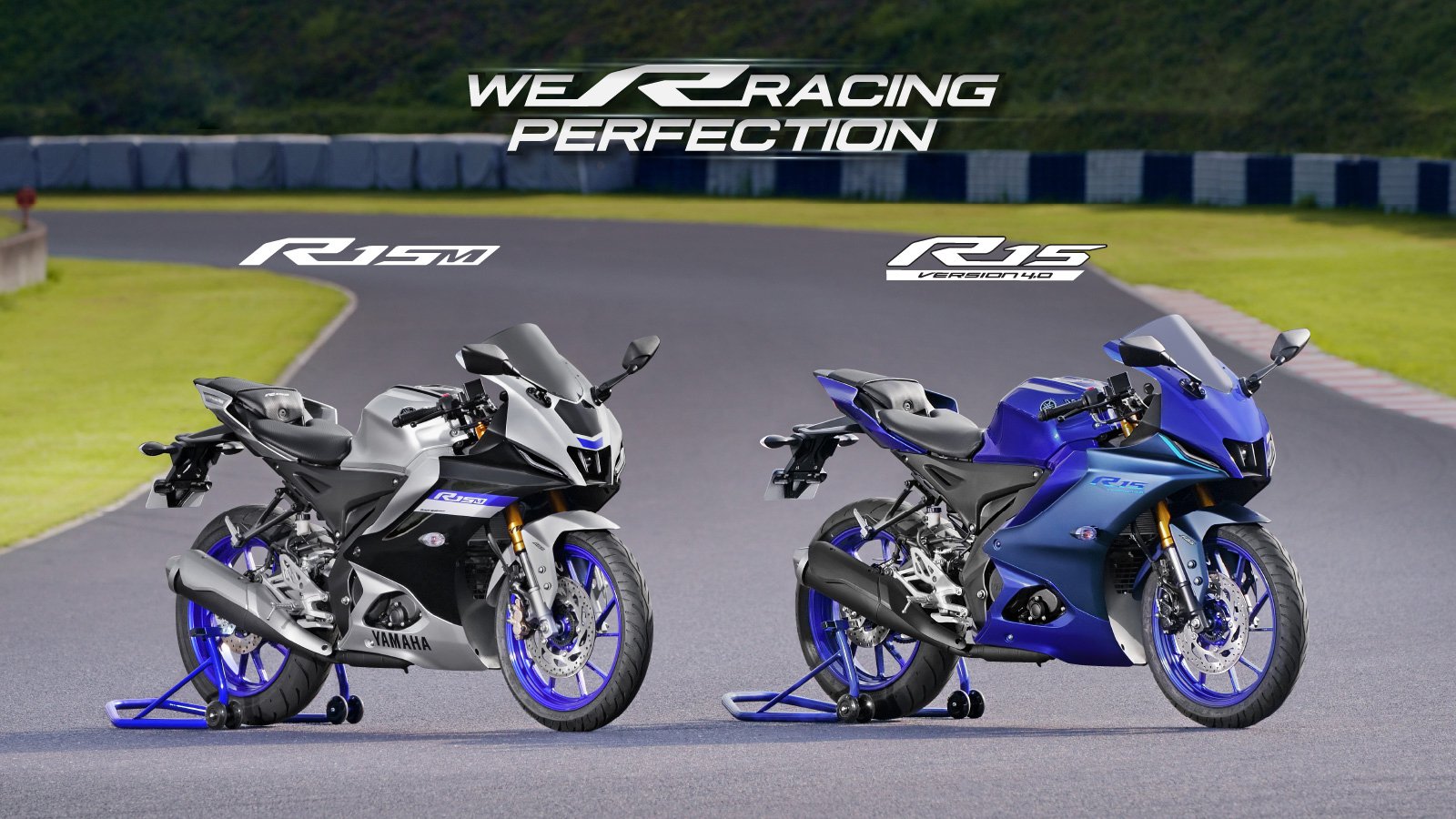 In compared to the outgoing V3 model, the new Yamaha YZF-R15 V4 for 2021 comes with a slew of additional features. The bike now has a single LED projector headlight flanked by LED DRLs in place of the dual LED headlamp section up front. For the first time in India, the R15 receives Upside Down front forks, which were previously only available on the global-spec model. A traction control system is also included on the motorcycle. In addition, the new model comes with Yamaha Motorcycle Connect Bluetooth connectivity. The instrument cluster is a new LCD unit based on the YZF-R1 that has a gear shift indication as well as Track and Street modes.

The Yamaha R15M, on the other hand, gets some unique features such as carbon fiber-like seat cover material (Rider & Pillion) and an embroidered logo on the pillion seat. The mentioned variant also features anodized blue fork covers and a golden brake calliper. All of the features found on the Yamaha R15 V4 come standard on the R15M. Both bikes have dual-channel ABS and a slip-and-assist clutch. A quickshifter is also available, although as previously stated, it is only available in the Racing Blue colorr of the R15 V4 and is standard on the M. 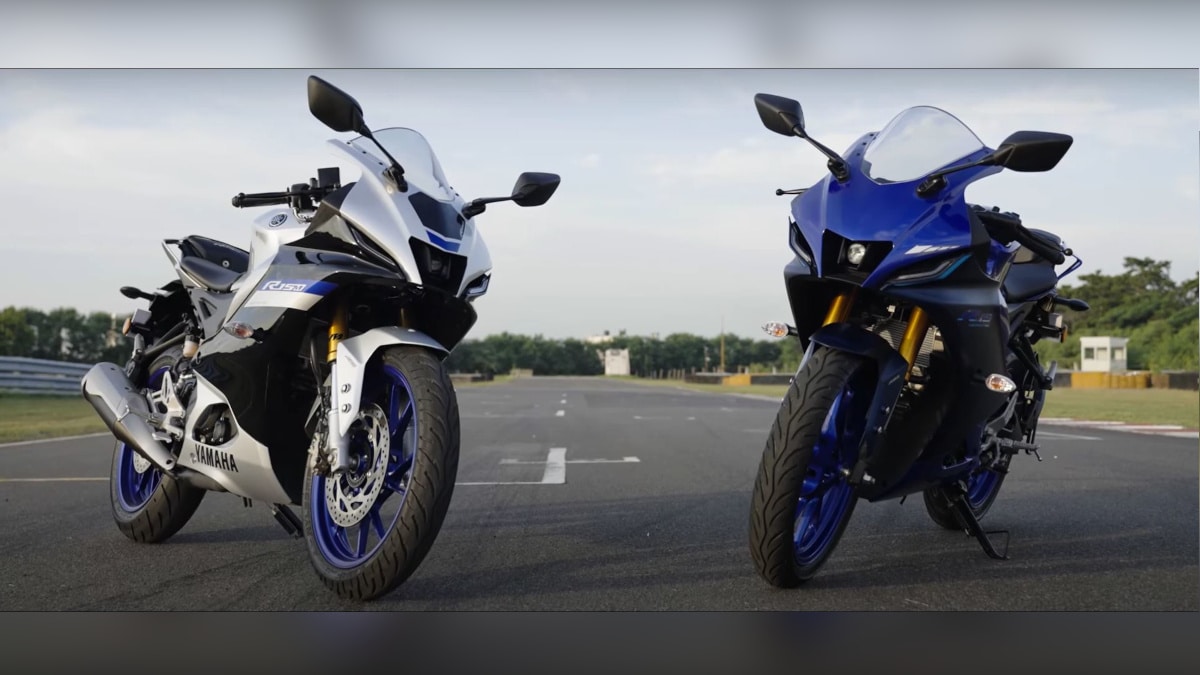 The new Yamaha R15 V4 and R15M come in a variety of colors, each with its own pricing. This is done to maintain uniqueness, as well as to account for the fact that the quickshifter is only available in Racing Blue when it comes to the R15 V4, resulting in a significant premium for the shade. The R15 V4 is available in Metallic Red and Dark Knight colors, with costs starting at Rs 1,67,800 and Rs 1,68,800, respectively. The Racing Blue colorr, on the other hand, will cost you back Rs 1,72,800. The top-of-the-line Yamaha R15M costs Rs 1,77,800, while the Monster Energy MotoGP edition costs Rs 1,79,800. All of the prices shown are ex-showroom.